Hanoi is the capital of Vietnam, located in the North of the country. It is well known for its old architecture and has influences from both the French and Chinese. As with many South East Asian cities, the place has great street food and the french influence shows through here with these absolutely delicious french bread rolls (get stuck in they are cheap and Vietnam has made them their own). There is plenty to do and things to see, I have included some of my favourites in this article. 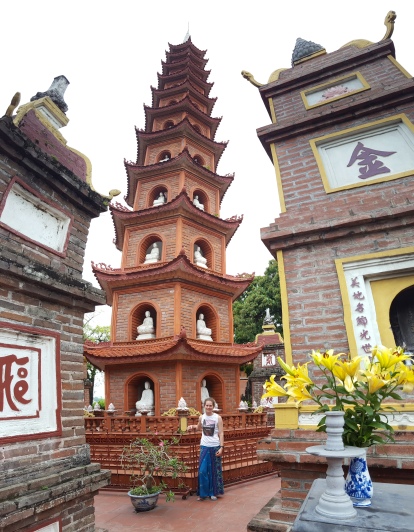 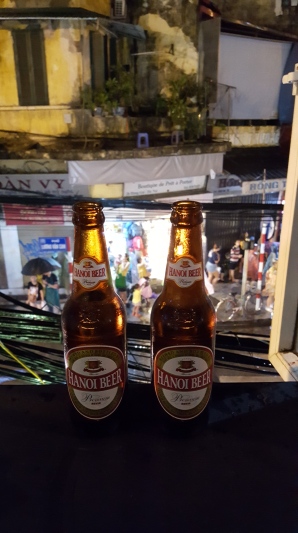 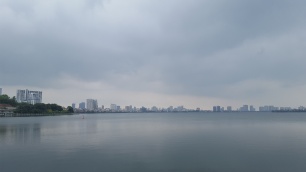 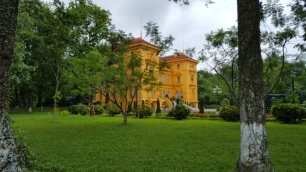 Getting from the airport to the city:

You can catch a taxi from outside the front door of the airport but I recommend taking the bus. Straight out the exit doors you will see the taxis, dodge these and head over the road just left of the crossing and you will see the bus stop. The bus only cost us 30,000 Dong for an hour rides, it even had free wifi.  The ticket collector on our bus spoke excellent english and told us which street to get off to reach our hotel. He even wrote the name of our place and address to show people if we got lost.

Getting around the city:

In the old quarter, its easy enough just to wander around but if you want to get somewhere specific, like say the museum, then you will probably want some transport. Buses weren’t super easy, we did manage to catch one with the help of a local. We found that taxi’s weren’t everywhere like they were in Bangkok where we had just come from. By far the easiest was using the app grab. Anywhere we went in the city only cost a couple of dollars kiwi, it turned up where you asked it and you can pay cash or top up your account. It seemed like a popular way of getting around.

My favourite things to do: 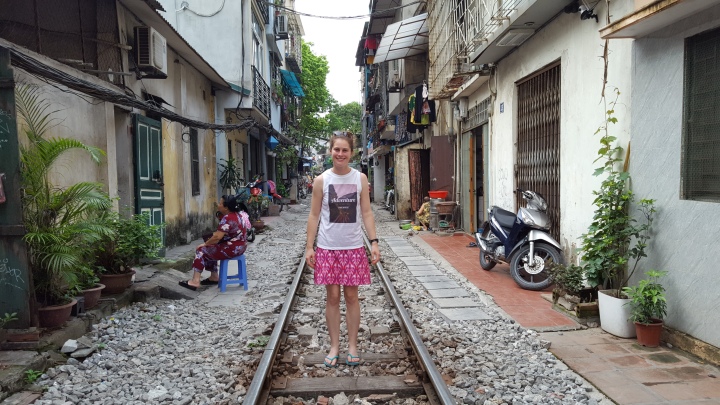 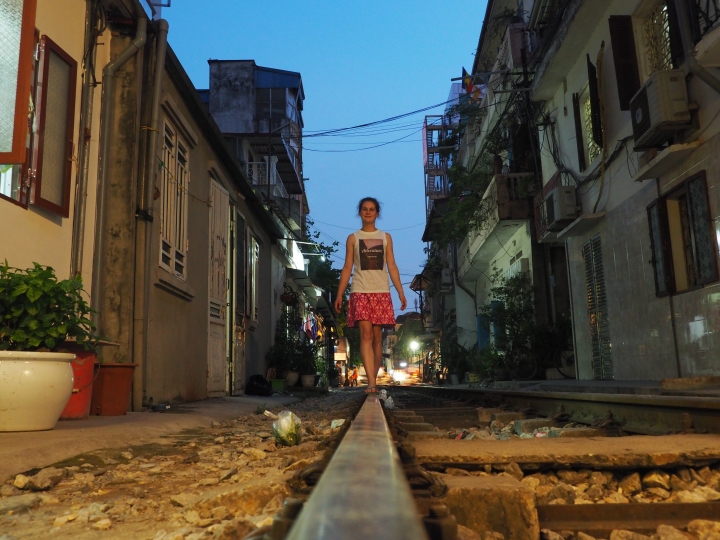 Train street has to be at the top of this list and I highly recommend a visit. Located on the edge of the old quarter (where most tourists stay), trains rumble through this tiny street multiple times a day. The tracks are literally at the doorstep of the people who live down this narrow street. When there isn’t a train, the street/tracks is a semi busy little place with motorbikes riding along side the tracks and people wandering about. The people living down the street are just going about their daily lives washing dishes, doing laundry, looking after children etc. We found a little art shop down the street and even a cafe. 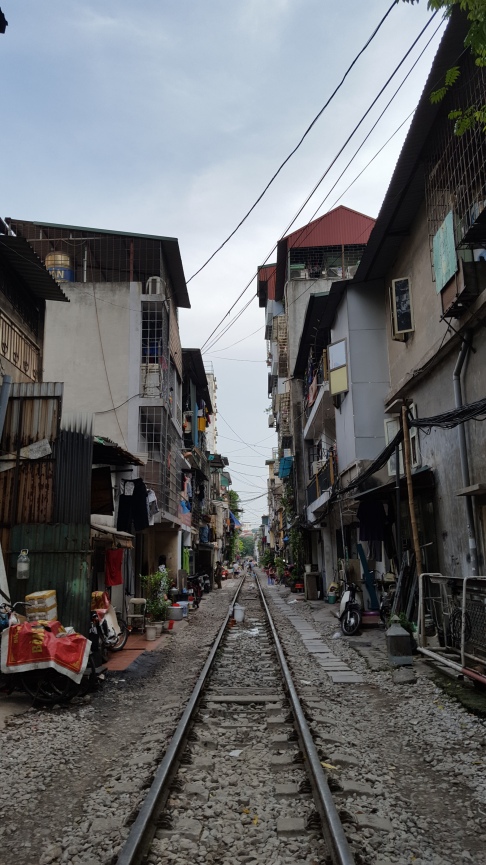 We checked out the street in the late afternoon, took some touristy photos and found out from the locals that the next train was due at 7pm. When we came back in the evening, we took a perch on the stalls outside the cafe we had found earlier. Just before the train arrived, the cafe owner asked us to stand up so we would be clear of the tracks. After we had seen two trains go by, we were taking some touristy photos when some of the kids that lived beside the tracks came and joined in. So cool!

Here is where to find the train:

The train is suppose to come through at 3.30pm and 7.30pm but if you go early it’s worth asking a local. There are also several spots to watch the train, where we were was great and there was only a couple of other tourists there at the time.

I love markets and if you are anything like me you will love this one. At night this normally busy street gets closed off and within hours it is a crazy busy night market. There is food and heaps of stuff to buy including your knock off Ray Bans, clothes, jewellery, bags and more. We found it was cheaper than Thailand for buying things. Unfortunately for us, it started bucketing with rain and in moments this street that you could hardly move down, cleared as everyone took cover under the neighbouring shop verandas. Before long, there were people moving up and down the road selling ponchos and before long there was plastic covered people heading off in every direction. While, the market ended early for us, I still recommend checking it out. 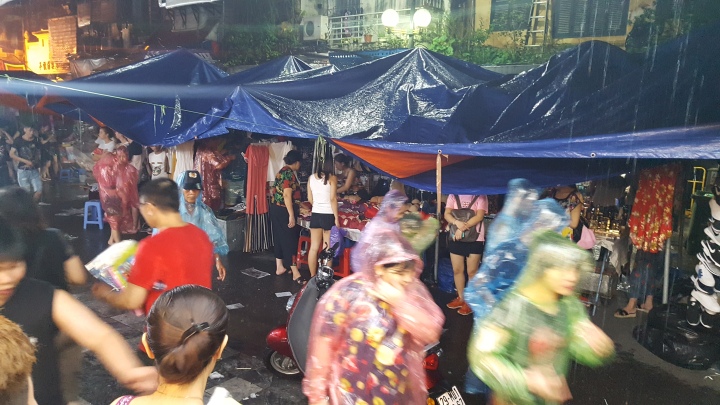 This one is pretty easy. It is right in the middle of the old quarter. See the map below. 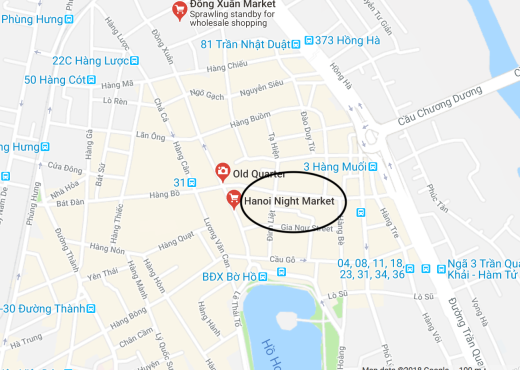 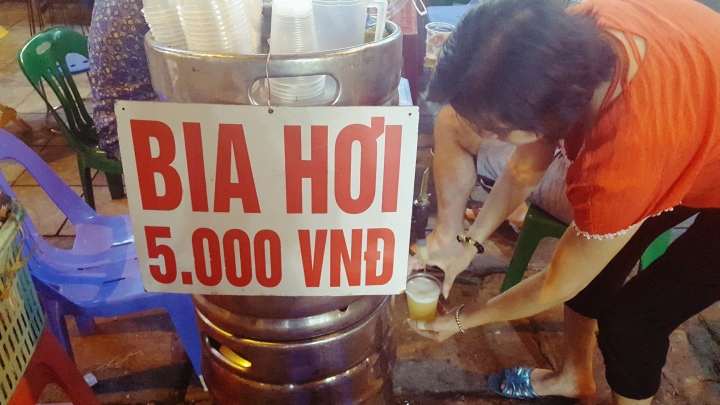 If you want cheap beer and a good night life, this place is really cool. There are small plastic stools all over the footpath where you can sit, drink beer and order food. We headed down the street succumbed to one of the many people shoving menus at you, persuaded by the promise of a free beer, which they did deliver on. We had also read about some 30 cent beers but couldn’t these at first. Later in the night, however, on one of the streets close by, we found it!! A lady pouring cups of beer from a keg on the side of the street. Awesome!!! Anyway, check it out, its great. 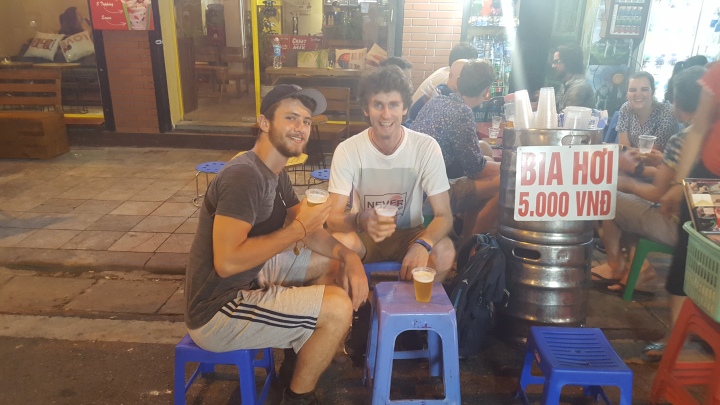 This is where it is on the map (below). But if you google Bia Hoi corner it will show up on maps so you can save it on your device. 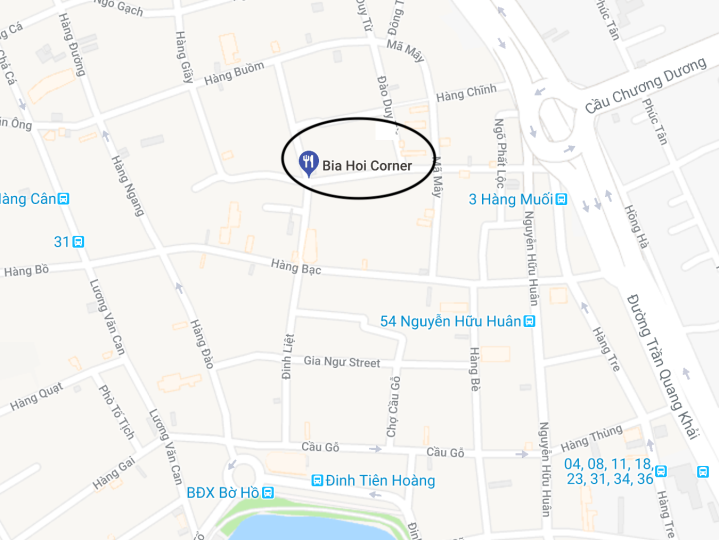 Other places we visited:

Thanks for reading, enjoy your time in Hanoi, we did!

There was an error retrieving images from Instagram. An attempt will be remade in a few minutes.